Cooking Around the World: Nepal 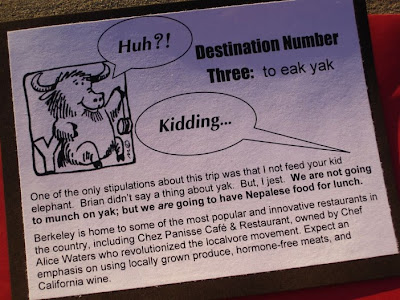 Our Cooking Around the World Adventure has brought us to Nepal. Dylan and I - a couple of years back - went to a Nepalese restaurant when we took Pia there during her Eat-Your-Way-Around-Berkeley Birthday weekend. The food was delicious. 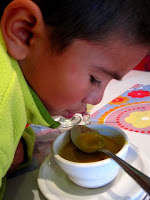 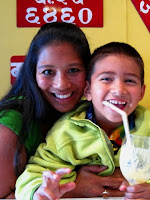 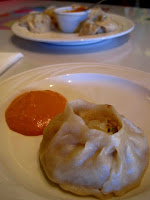 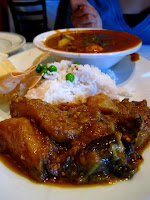 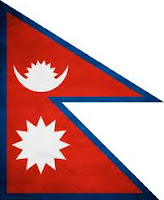 Nepal’s local name for Mt. Everest is Sagarmatha, or “goddess of the sky.”

The flag of Nepal is the only national flag that is not quadrilateral in shape. [See right.]

Eight of the world’s highest peaks can be found in Nepal.

Touching anything with your feet is considered offensive in Nepal.

The abominable snowman, also known as the yeti, is a legendary apelike creature that is believed to frequent the high valleys of Nepal.

Greetings in Nepal are similar to the greetings in India– people put their palms together and then bow their forehead, saying “Namaste,” which directly translates to “I salute the God in you.” 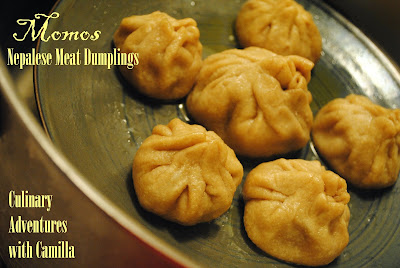 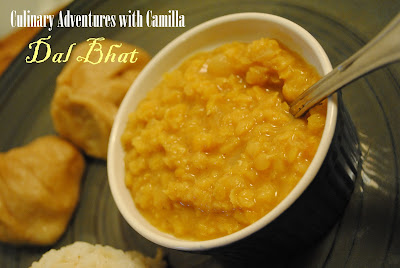 The Netherlands is next on our list. This Global Table Ambassador is signing off for now.
Posted by Camilla M. Mann at 7:19 PM