Here we go. Below are all of the submissions for the June Food'N'Flix event where I selected Jiro Dreams of Sushi as our inspiration and starting point. If you haven't seen this, you should! 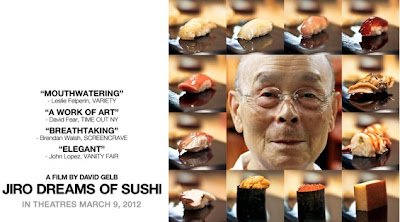 Meet Jiro Ono. His restaurant only serves sushi. As they tell one customer: no appetizers, no sake. Just sushi. The restaurant is tucked into a subterranean space and only has 10 seats at a counter. Despite that less than sexy location and configuration, Jiro has been awarded three stars, the highest possible rating, by the Michelin Guide.

Director David Gelb paints the picture of a man whose relationship with sushi is passionate, vacillating between love and madness. Jiro is a perfectionist and his apprentices must strive for that perfection as well. At one point the narrator describes how apprentices spend weeks learning how to squeeze out a towel properly before ever touching a piece of food. One apprentice spent months perfecting tamagoyaki. And to prepare the octopus, someone spends as long as forty-five minutes massaging the octopus. Can you imagine having that job?!?

This is a portrait of extreme focus almost to the point of tunnel vision. Maybe not tunnel vision, exactly, because he is not oblivious. He is, instead, acutely aware of his customers. He notices when patrons are right or left-handed and seats them according to that. He makes his sushi pieces slightly smaller for women - to make them comfortably bite-sized. And he presents the sushi to match the pace of the eater. The narrator explained that a fast eater might be finished in as little as 15 minutes. That's $300 worth of sushi in 15 minutes. $20 per minute.

He has forged relationships with the vendors to the point where vendors will set aside fish for him and some refuse to sell their rice to anyone else. But his singular focus on sushi has definitely strained his personal life. His relationships with his sons is largely devoid of affection, though he seems to want the best for them. Jiro is certainly a true artist. A sushi master. No wonder he dreams of sushi.

So, here's what the Food'N'Flixers whipped up this month. Thanks to all who participated. I know summer is a busy time for everyone.

Debra, from Eliot's Eats, made some Yakitori Skewers. Debra admits that she has never tried sushi and definitely doesn't dream about it. But, after watching this, she said that she will try it as soon as she can. In the meantime, she made these chicken meatball skewers in a riesling-sake sauce. KungFu Girl riesling. While I'm not a huge fan of riesling, typically, I would buy a bottle just for the name! 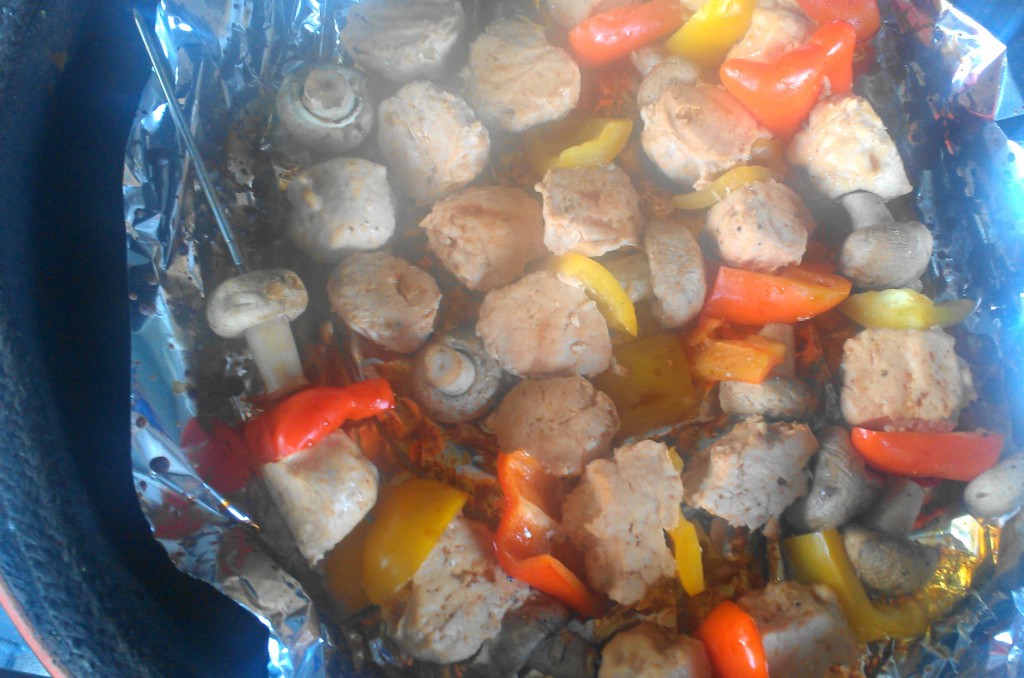 Salad with Shogun Sauce
Evelyne, from Cheap Ethnic Eatz, whipped up a Salad with Shogun Sauce. She had had the DVD sitting on her coffee table for months, but had never seen it.It was serendipity that I picked it; Food'N'Flix was her impetus to finally pop it in. Evelyne's salad had a surprising twist: seasonal, sweet watermelon. Follow her on twitter, if you'd like: @cethniceatz. I know I will be. 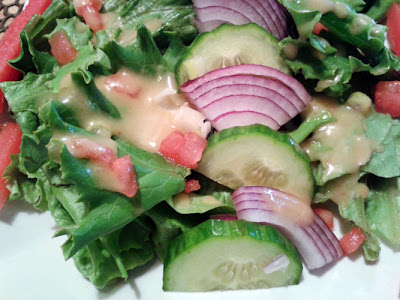 As for me, duly humbled by Jiro's creations - and knowing full well I wouldn't even come close - I decided to focus on rice. For dinner one evening, I created an Onigiri Parade with everything from wrapped onigiri and sprinkled onigiri to stuffed onigiri. 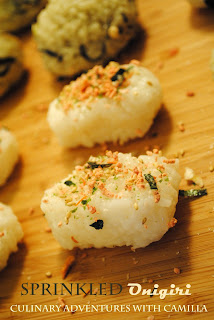 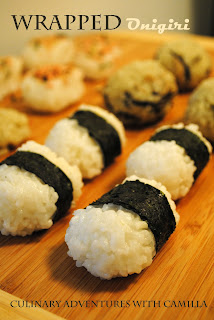 Chocolate Mochi
Caroline, from Caroline Makes, made some Chocolate Mochi. Kudos to you, Caroline, for making something I have only ever purchased and had no idea where to start. Thanks to your recipe - and how-to photos - I will give this a go soon as mochi is a family favorite. Caroline, if you're still looking for something to do with your leftover the sweet rice flour, try some MOffins. 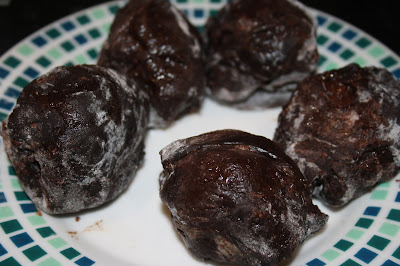 Heather, of girlichef, on whom I really do have a girlicrush, offered up some Olive Oil Poached Tuna. I have poached salmon in olive oil, but never tuna. Looks delicious, as always. You can find Heather on twitter @girlichef. 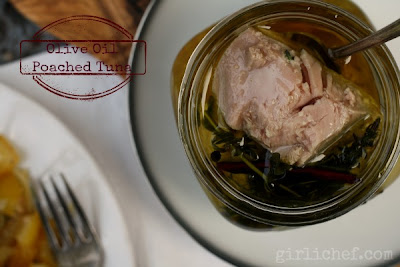 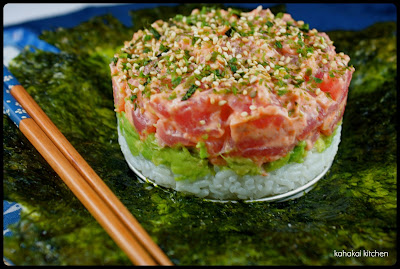 Very grateful to all who participated in my Food'N'Flix event.
~Camilla, Culinary Adventures with Camilla

P.S. If you'd like to join the fun for next month, we're watching - and cooking - Monsoon Wedding. Heather at girlichef is hosting.
Posted by Camilla M. Mann at 7:17 AM