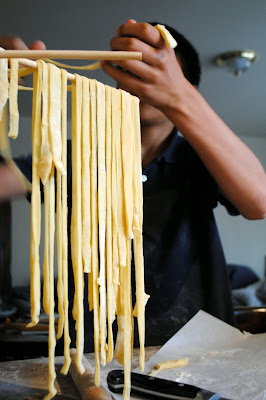 This is going to be a much more productive month for my Foodie Reads Challenge. Earlier this month I was unpacking (yes, we have been in this house for a year!) and uncovered a box of foodie reads that I have yet to read. Sweet! I happily dove into this one and finished it last week. 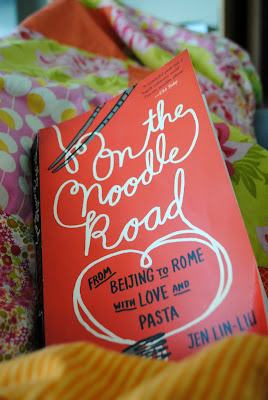 Today, I'm sharing thoughts about On the Noodle Road: From Beijing to Rome, with Love and Pasta by Jen Lin-Liu*. Lin-Liu is a Chinese-American journalist and owner/chef at Black Sesame Kitchen, her restaurant and cooking school in Beijing. This is part odyssey, part travelogue, part documentary and commentary on the state of the female condition as individuals and wives, and part cookbook in a tiny way. She does include several recipes per region that she's visited in the narrative.

On the Page
On the Noodle Road is Lin-Liu's attempt to unearth the answer to the question: Did Marco Polo really bring noodles from China to Italy? And, if not, from where did they really come?

To do so, she sets off on an overland route of the Silk Road, traveling from China to Italy via the western territories, Iran, Turkey, and Greece. And while it's a search for the truth of the noodle's origin, it's just as much a quest for her own identity.

Along her journey, Lin-Liu eats, cooks, eats, and cooks some more. Meals are her currency. As she travels, she swaps Chinese meals for Uighur, Central Asian, Persian, and Turkish cooking lessons.


Readers who anticipate following Lin-Liu's quest in one continuous strand will be disappointed. She traverses rice country - China and Iran - and explores bread country - everywhere else really - and finds noodles are not primary in any of the areas she visits. So, after nearly seven thousand miles, she still doesn't have an answer. Whoops. That's a spoiler. Sorry.

On the Noodle Road ends up being many things, including a search to carve out her place in the world, to define - or at least - embrace being a wife and a mother. As she ends her journey, she discovers that she's pregnant with her first child. Okay...another spoiler.

While I enjoyed the book, it definitely didn't answer the question Lin-Liu posed. 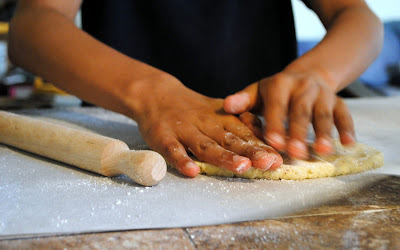 We make a lot of noodles, including: Gluten-Free Rombi; Hand-Rolled, Hand-Cut Spinach Papardelle; and Maltagliati . So, I had the Enthusiastic Kitchen Elf hand-roll some gluten-free noodles for me. 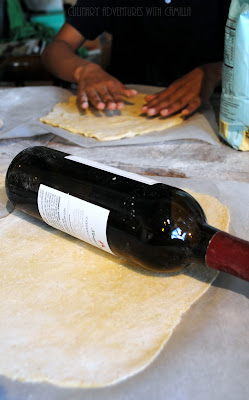 Procedure
Place all of the dry ingredients in the body of the food processor. Add the eggs. Pulse. Add in 1 T water at a time until it comes together in a ball. Turn the dough onto a floured cutting board and knead until smooth and elastic, approximately 5 minutes. Wrap the dough in plastic and let rest for 30 minutes at room temperature. 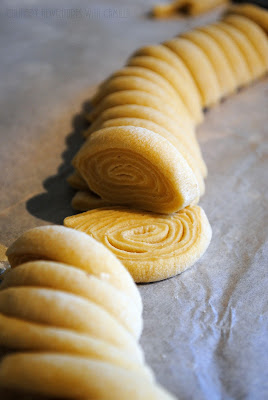 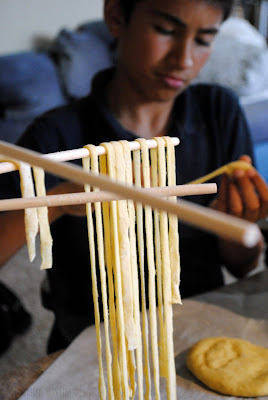 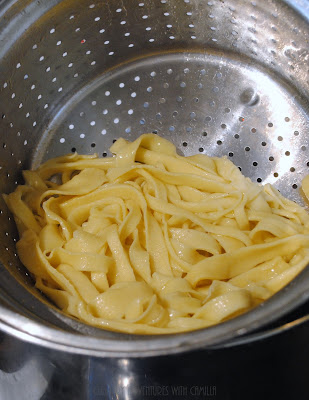 Cook in salted, boiling water. Because they are fresh, they cook fairly quickly. As soon as they float, they are ready. Drain and use with your favorite sauce.