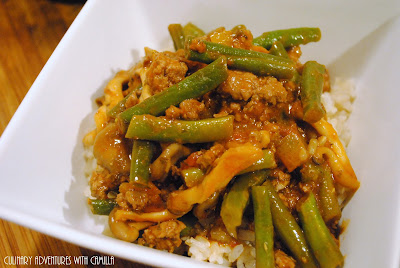 Wine Pairing Weekend - #winePW - happens on the second Saturday of the month. And this month I'm hosting. "We're celebrating the new year with a new country, new varietal, or new vintner," I wrote in this month's #winePW invitation (click to read the invitation: here).

Here's what the #WinePW Bloggers poured...
These are listed alphabetically by post title and I'm excited to see new vintners, new countries, and wines from Turkey, Croatia, and even Lebanon. 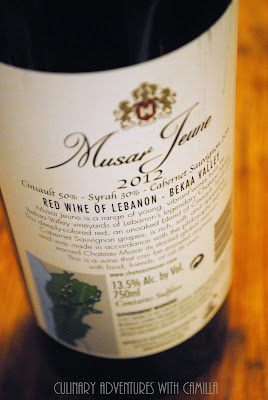 When I was trying to decide what to pour and pair, I came across wines from Château Musar, a Lebanese winery in Ghazir, Lebanon. The winery is located about 15 miles north of the Beirut while the Musar grapes grow in the Bekaa Valley, located about 25 miles east of the city.

Given that Middle Eastern wines have never crossed my radar before, they definitely qualified as 'new'! 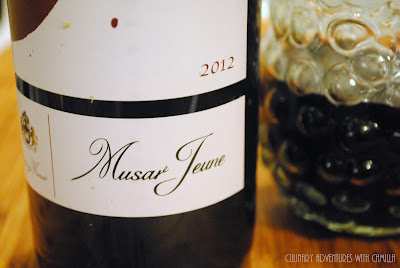 Château Musar embraces a 'natural, non-interventionist wine-making philosophy' and their 2012 Musar Jeune Red is a blend from organically-certified vineyards. It's a blend of old vines, including Cinsault (50%), Syrah (35%) and Cabernet Sauvignon (15%). 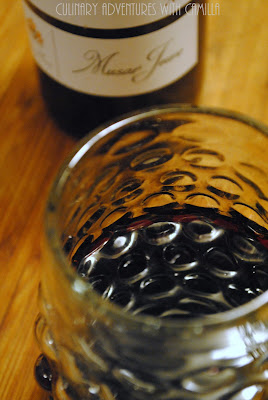 In the glass, the wine has an alluring inky hue with an enticing smokiness on the nose. On the tongue there is a healthy concentration of spice and fruit with a crisp acidity and mild tannins. I decided that I would pair the wine with one of our favorite Lebanese dishes: Lubyee Bi Lahmi. 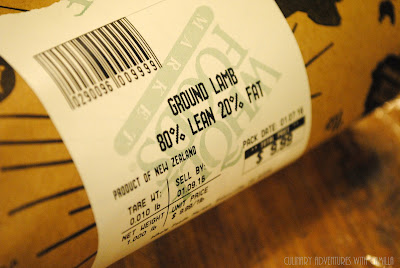 In the Middle of the Plate...

There's a story behind this dish for me...I told the boys: "This dish was one of your Daddy's favorites when he was little. And when Daddy and I were getting married, Aunt Jenn had a party for me...called a 'bridal shower.' She asked guests to give me copies of their favorite recipes. And because Grandma knew that Daddy loved this dish, she wrote out the recipe and sent it to me."

I've since adapted it and even made more adaptations for this dinner based on different version of Lubyee Bi Lahmi and what I had just received in our CSA box. I've always used chunks of meat. This time, I decided to try ground lamb. And I had a bag full of organic oyster mushrooms from High Ground Organics. So, I subbed those in instead of button mushrooms. 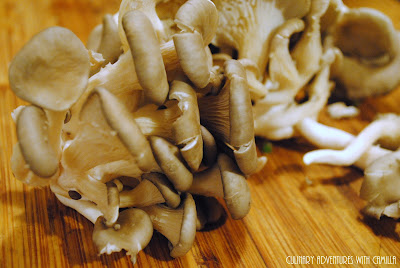 
Procedure
In a large, flat-bottom pan, heat the olive oil and cook the onions until softened and beginning to caramelize. Add in the ground lamb and cook until fulled browned. Stir in the herbs and cinnamon. 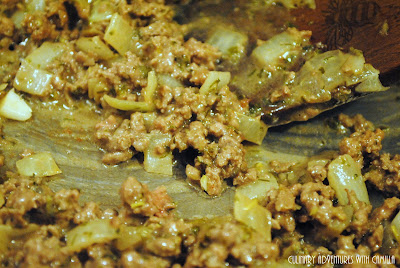 Add the mushrooms to the pot and cook until softened and beginning to crisp. Pour in the tomato sauce, wine, water, and stock. Bring to a boil, then cover, and simmer for 20 minutes to let the flavors fully meld. Add in the green beans and cook until the beans are just beginning to soften.  You don't want them mushy! It should take approximately 6 or 7 minutes.

Season to taste with salt and pepper. Serve over a bed of brown rice. 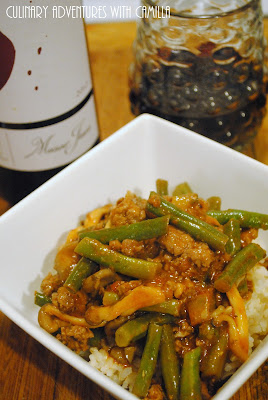 Follow the #winePW conversation on Twitter throughout the weekend and beyond. If you're reading this early enough, you can join us for a live Twitter chat on our theme "It’s All New" on Saturday, January 9th, from 11 a.m. to noon Eastern Time.

And that's a Wrap...
...on our January #winePW event. My Lubyee Bi Lahmi + Château Musar Jeune pairing was delicious! I'll pin this recipe and other posts on my #winePW pinterest board. David, our group's founder, also has a Wine Pairing Weekend pinterest board.

Stay tuned for the February Wine Pairing Weekend, which will focus Valentines. We'll be hosted by Christy at Confessions of a Culinary Diva. Stay tuned for her invitation.
Posted by Camilla M. Mann at 9:05 PM