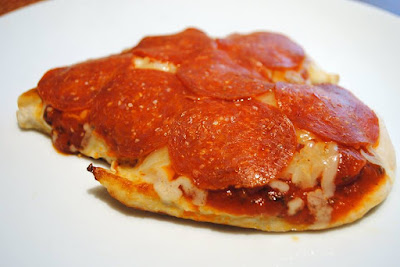 Here we are at the fourth, and final, August post for our year-long #KitchenMatrixCookingProject; you can read more about that project here. Wendy of A Day in the Life on the Farm selected our recipes this month and she is wrapping up the month with proteins - fish and chicken.

This week, we're focusing on paillards. Paillards are boneless cuts of meat that are pounded flat. I had to look that one up when Wendy picked this. I had never even heard that term before this challenge

Here's what everyone else made... 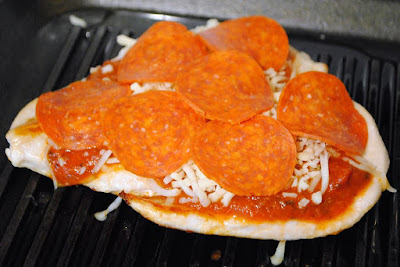 So, this isn't one of Bittman's recipes, but his Chicken Parmigiana Paillards got me thinking: what about using pounded chicken as a base for a mini pizza? And, so, my Chicken Pizzetta Paillards were born. So easy. So tasty. I did go a little far off the reservation this week, but I'll definitely be back to try more of his recipes. The Beef Paillards with Capers and Watercress sound amazing as do the Lamb Paillards with Olives, Yogurt, and Mint. Stay tuned!

Procedure
Heat a large cast-iron skillet or grill pan over medium-high, and preheat the broiler.

Working with 1 thigh at a time, pound between sheets of plastic to about 1/2" thick. Season the chicken with salt and pepper. Add oil to the cast-iron skillet. Cook the chicken for 2 to 3 minutes per side.

Once you're on the second side, top the chicken with the pizza sauce, cheese, and pepperoni. Broil until bubbly and brown, about 3 minutes. 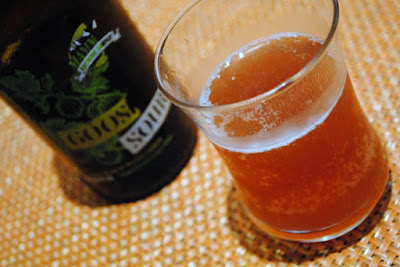 I served this with a sour gooseberry beer.