This is a sponsored post written by me on behalf of Melissa's Produce.
I received complimentary product for the purpose of review and recipe development,
but all opinions are honest and they are my own. This page may contain affiliate links. 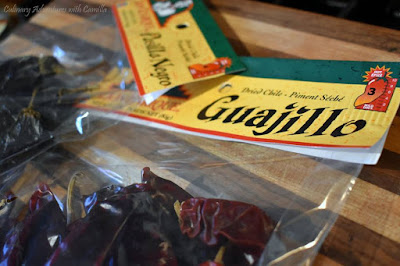 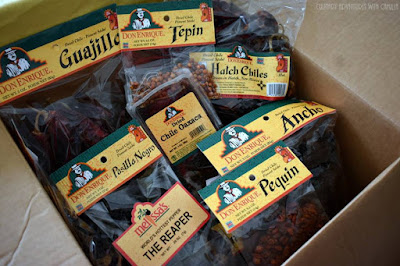 Thankfully there is a chile temperature scale on the upper right hand corner of each package. So, I decided to start testing them in different versions of my homemade enchilada sauce. First up: the guajillo chile with a temperature rating of '3'. I have used them before in my Guajillo-Pear Mole for a previous event with Melissa's.

The Guajillo is one of the most common chiles grown in Mexico. On the bush, it's a shiny, deep orange to red chile that measures 4 to 6" in length. As I mentioned, it's fairly low on the temperature scale and leans more towards the sweet. Melissa's packages and sells these under their line of Latin items, Don Enrique®. I figured it was a good place to start for this event. I'll be moving up in the temperature scale later this week when I try out a Pasilla Negro sauce. 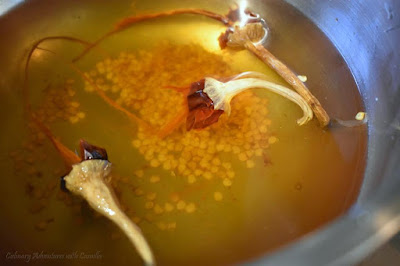 Procedure
Place dried guajillo chiles in a bowl and cover them with boiling water. Weigh them down with a bowl or saucer so that they stay submerged. Let soak for 1 hour until the flesh is softened.

After an hour, slice the chiles lengthwise and remove the seeds and stem. Reserve some of the soaking water. Place the chiles in the bowl of a food processor or blender. 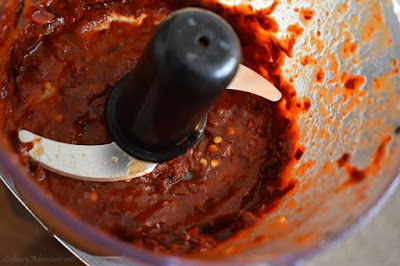 Pour the stock and tomato sauce into a medium saucepan. Whisk in the spices and the cornstarch until there are no more lumps. Stir in the guajillo paste, I had about 2 T; feel free to adjust for taste as needed. Bring to a simmer and cook until desired consistency. Use the sauce for a pan of homemade enchiladas. The first recipe I made with the guajillo enchilada sauce: Carnitas Enchiladas. Recipe to come. 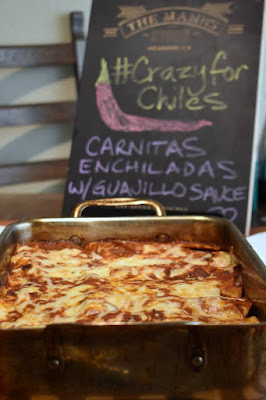 The boys devoured their enchiladas. I actually had to remove the pan from the table in order to save some for lunches the next day. Delicious!

*Disclosure: I received product for free from the sponsor for recipe development, however, I have received no additional compensation for my post. My opinion is 100% my own and 100% accurate.
Posted by Camilla M. Mann at 10:49 AM