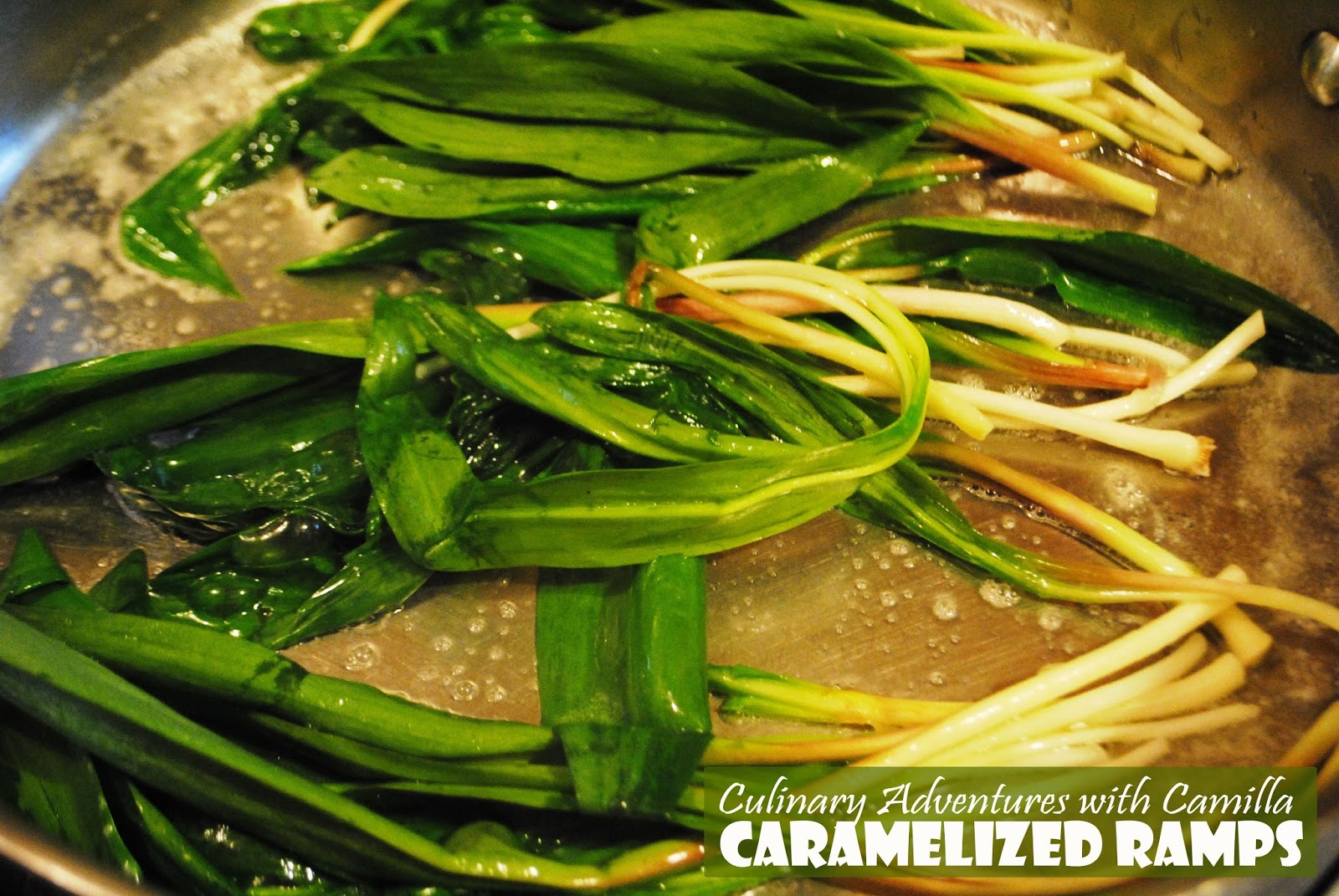 Are you a ramp-fanatic? I eagerly await the week or two - yes, the season is very, very short - when you walk the markets and spot these pungent lovelies. Their aroma is somewhere between garlic and leeks; in fact, they are also called wild leeks. But they are actually a perennial wild onion. And their appearance is fleeting. Enjoy them while you can because they'll be gone before you know it.

Funny story...they are so elusive that the cashier at the market this evening didn't know what they were. I had grabbed them from the bins next to the fava beans, but they didn't have a code or price.

"What are these?" she asked. Ramps, I informed her. She looked all through her code book. She even sent someone to get the code from the produce department.

"There is no code," he reported back. Yeah, I didn't see one either, but I just wanted to grab some since you don't carry them for very long.

In a complete surprise turn of events, she said, "Well, I guess I'll just give them to you...since we don't have a price in our system." Oh! Thanks. If I had known that was going to transpire, I would have grabbed a whole lot more of them. But I controlled myself and just nodded gratefully. 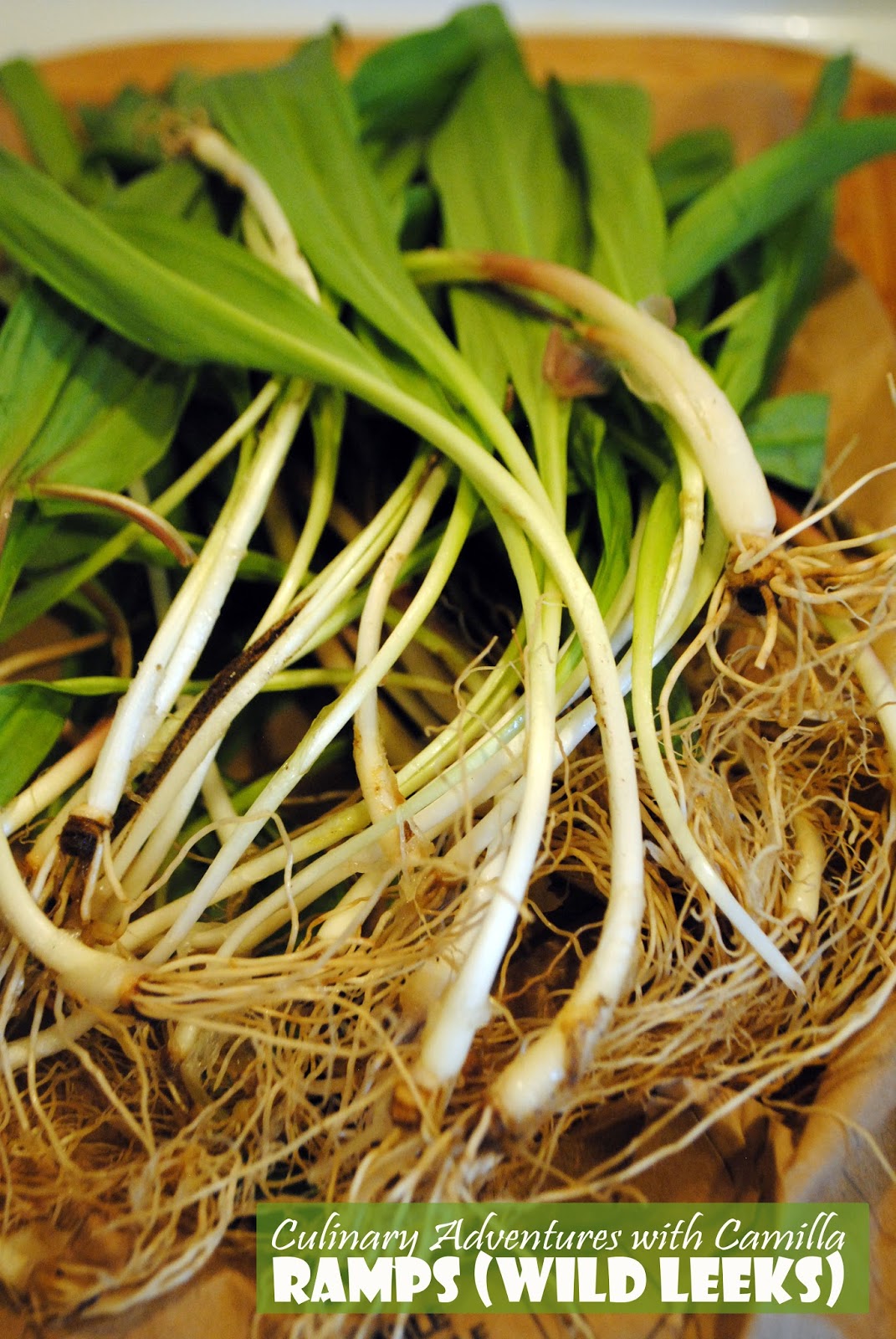 You can eat them raw, but I don't like raw onions very much. So I cook ramps. I caramelized these gems and served them over roasted rockfish. 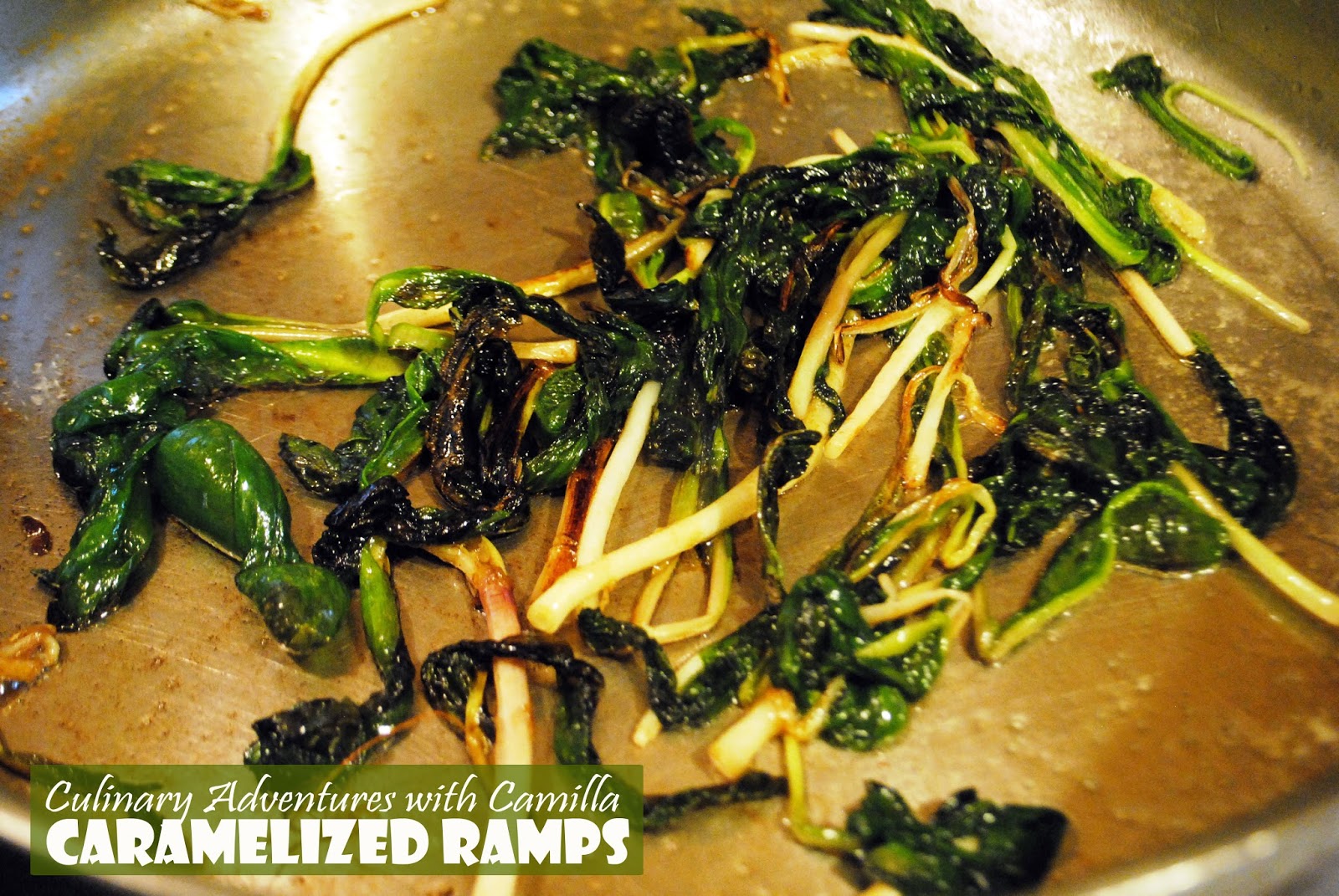 
Procedure
To clean the ramps...fill a bowl with cold water, then place ramps in the water. Swirl them around to remove as much dirt as possible. Remove them from the bowl and give them another rinse under cool running water to remove any remaining dirt. Drain ramps on a dry paper towel, then blot out as much water as possible. Trim off the bottom of the ramps and peel away any part of the stems that might be slimy.

Heat butter in a large, flat-bottom pan until the butter is melted, frothy, and beginning to turn brown. Add the ramps to the browned butter and cook until the ramps are lightly charred and wilted.

You can serve them as is for a nice Spring sidedish. Or you can use them to top your favorite meat or fish.
Posted by Camilla M. Mann at 7:17 PM